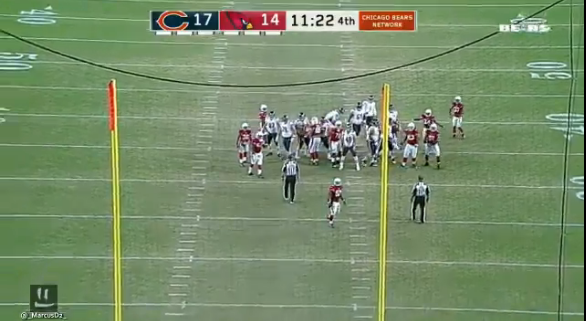 Just last week, he was released by the Tampa Bay Bucs just one year after they selected him in the 2nd round of the NFL draft, mainly because he did not miss a single field goal in college. EVER.

On Saturday, Aguayo lined up for his first FG with the Chicago Bears and it was not only terrible looking, but he missed it badly.